At the top of this year I published a year end wrap-up series and of that five part series one post contained a list of my favorite albums that came out in 2015. I have decided that I want to continue this tradition and make a list for this year, though we are only half-way through the year. Though, being only half-way through 2016, there has been so much great music that has been released, so I decided to make a segmented list for my favorite albums so far this year.

There are 10 albums listed and my list for last year was 15, so it only makes sense that I extend the year’s end list to at least 20 albums, assuming that there are 20 albums worthy of making my list. These projects are not just in order of how much I like them or how good they are, but replay value has a great part to do with the order of this list. Some selections won’t surprise many, but others you may have to look up. Enjoy!

10. James Blake – The Colour in Anything

James Blake pulled a Beyonce with this album, dropping it out of nowhere a week after Bey dropped Lemonade (which Blake also appeared on). I like this album because for one he produced it himself and it sounds like nothing I’ve ever heard before. I’ve been a fan of his ever since he dropped Overgrown and though his music sounds pretty somber, there is no denying his talent and his voice especially. 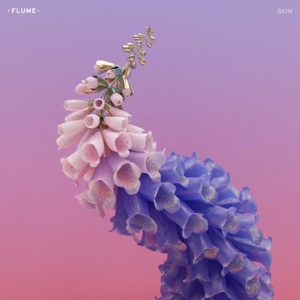 I got into this project a little later than the others on this list but wow the sounds on here are just incredible. Flume is a producer who has several artists appear on this album such as Vic Mensa, Tove Lo, Vince Staples, Little Dragon, and Raekwon. He is like a hip-hop, house, dubstep, indie fusion artist and each of the tracks on here are hard-hitting and intricate.

Kendrick being one of my favorite rappers almost didn’t make this list. This is a project full of throwaway songs that didn’t make To Pimp A Butterfly and these tracks are quite impressive to say the least. The songs are titled by the date of which they were recorded and though there aren’t any solid hit singles on here, it is an enjoyable but short listen from Kendrick. 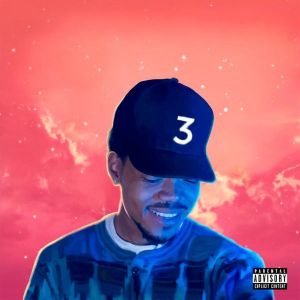 I felt like this project was hyped up a LOT following his Acid Rap mixtape in 2013, but part of me wants to say that it lived up to it. With tons of big name features (Kanye, 2 Chainz, Lil Wayne, Justin Bieber, Jay Electronica) this project definitely has a great variety of hip-hop influence and sounds. Chance received a ton of praise and support for this project especially for it to only be considered a mixtape. He ties in several elements of gospel but still has the sound to reach a broad audience which he has done pretty well.

No fame, no problem. Shaun JaRell is one of my very good friends and he did not make this list just because of that. If I hadn’t known him and heard this project, this would still make the list. Only six songs but every single one has potential to be a favorite. With obscure but relatable lyricism, hard-hitting beats (by Finn Wigan) and impeccable melodies & hooks, there is absolutely no way you can hear this and not like it. I suggest you get hip soon.

A couple of years ago I would have never considered Future to ever make one of my favorite album lists. But after last year’s DS2 and his Purple Reign mixtape, Future has solidified himself as a complete wave in the rap game. His work ethic is outstanding and it shows. Everyone wants a feature from him, people even want to make songs just like he does (see Desiigner). Future in my opinion especially now makes nothing but bangers, and adding Purple Reign hit ‘Wicked’ to the end of this project made it even better.

Kanye has always been a force to be reckoned with in music and culture. The roll-out of The Life of Pablo was extremely eccentric and ‘Kanye’ if you want to make him into an adjective. Changing the album title three different times and premiering the album at Madison Square Garden during his own fashion show, Ye’ continues to push the envelope. Following his experimental Yeezus album, I would say Pablo is a combination of everything Kanye has ever done, and the result is a great one.

With his album going double platinum today, Drake has solidified himself as one of the biggest artists in music. Say what you want about Drake, and many people do, but he has really made himself disgustingly famous off of his music alone. Views showcases classic Drake in my opinion, not changing his style since his So Far Gone mixtape, but only progressing. Plus you can really see the confidence he has gained since entering the music biz because now he’s starting to dance (see ‘Hotline Bling’ video) and making us dance as well (‘Work’, ‘Controlla’, ‘One Dance’). This is Drake’s best work to date. 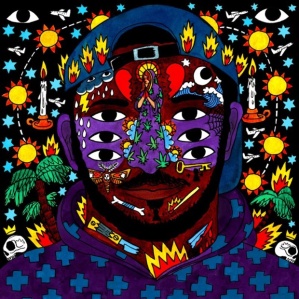 Kaytranada is a DJ from Montreal with Haitian roots, and he has slowly become one of my favorite if not my favorite producer today. He has a sound that is unique to only him, sort of like when you know it’s a Pharrell song, or a DJ Mustard song, or a Timbaland song. He fuses hip-hop, r&b, funk, disco, and house all together to create a sound that you absolutely have to dance to. This project and Kaytranada in general is very slept on but you’ll be seeing his name more & more as time goes on.

Another artist that is not very well-known but you’ll be hearing a lot of very soon. Anderson .Paak was first introduced to me through Dr. Dre’s project Compton which released last year alongside the NWA biopic. This project though, from hearing it the first time, blew me away. This is a REAL musician we have on our hands who raps, sings, and plays the drums particularly well. I would say this album is timeless in a sense that people from ages 15 to 50 will enjoy it. It’s groovy, it’s soulful, it’s got great lyrics and instrumentation, and I still listen to it until this day. He even samples my favorite album from last year’s list which is a plus.

And thus wraps up my half-year favorite albums list. There will be no honorable mentions this time around, instead that will have to wait for my year-end list. I suggest listening to any of these projects if you haven’t yet and enjoy the vibes.